Ranong, surrounded by lush jungle, adjacent to the Andaman Sea on Thailand’s west coast, is an intriguing place. A Thai border town,  with Kawthaung in Myanmar a speedy half-hour boat ride away, it has one of the highest density of migrants in Thailand, with Burmese* numbering approximately equivalent to Thai. Living (or even simply visiting) here, you cannot help but notice the social and economic inequalities which affect many spheres of life.

Housing is one of the most obvious differences which I notice daily. Burmese often live in crowded sometimes sub-standard accommodation. Opposite my apartment, many Burmese families are crammed into shed-like buildings, with very little natural light and ventilation. One can only speculate as to how hot these concreted rooms get on sweltering days. All things considering, this housing block is somewhat more pleasant than other ramshackle abodes I’ve seen elsewhere in the city. Comparatively, Thai’s often live in bigger homes, with more space and perhaps a small garden. Foreigners cannot buy land here, so Burmese migrants generally have slim pickings on dwelling selection.

This monstrous mansion, sited directly opposite crumbling dwellings, drowning in rubbish, is perhaps the most grotesque comparison in living arrangements I’ve seen. Cycling past this daily, the creamy grand archways seem to be glaring down towards their poorer neighbours. The contrast is so absolute that it is unbelievable.

Teaching at a school for Myanmar migrants, their challenges to access education hits me like a slap in the face. Of the 20,000 Myanmar migrant children in Ranong, the majority (90%) of these finish school at age 12. Consider a group of ten of your childhood friends: only one of these would finish secondary school education. The reasons for these astounding figures are complex and varying, but are rooted in poverty. Those who don’t attend school, work to support their families, mostly in low-skilled ‘Dirty, Difficult and Dangerous’ jobs in the fishing industry, construction, agriculture and low-paid service sector. While many aspire to remain in education, often short-term financial needs trump the long-term investment that education requires. Others sacrifice much to stay in education. Thai children, in comparison, mostly attend government schools and typically do not have the same financial pressures to support their families from a young age. 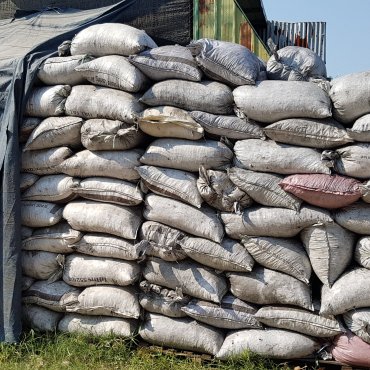 Language and discrimination are also challenges for the Burmese in Thailand. Without Thai language proficiency, Burmese struggle to access health care and other services and to stand up for their rights. Burmese can face discrimination from locals, with some Thai insisting that they leave Thailand. Many of the students that I work with (and their families) have experienced discrimination, ranging from verbal abuse, being treated differently in workplaces, to having restricted access to different opportunities.

Ranong is plagued with inequality. In a world with 244 million international migrants, with more cities and countries housing refugees, migrants and internally displaced people and becoming more ethnically, culturally and linguistically diverse, what can we learn about acceptance and tolerance of others? What inequalities do you notice in your own city or country?

*Note that I use the word Burmese, but this includes many different ethnic groups from Myanmar. For example, Karen, Mon, Chin, Burmese, etc.

Every action you take has the opportunity to create ripples that disrupt, irritate, anger or inspire, encourage and support.
It's such a joy to create a yoga session specifically for someone to cater to their needs.
How are you feeling right now? Each day we feel many things, even in a single moment we can have conflicting emotions!
I'm enjoying creating and teaching yoga classes. It's always great receiving feedback from students who love my classes as much as I love teaching them!
One Step
Possible headlines of the future. The choice is ours.
Loading Comments...
%d bloggers like this: